Posted on 6 October 2013 by Nalaka Gunawardene 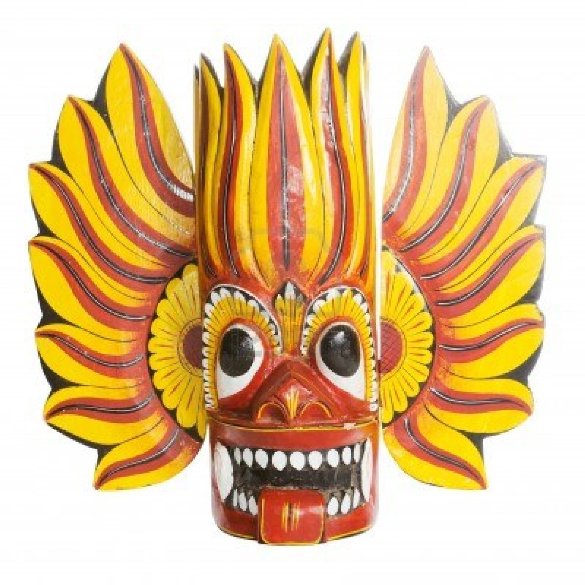 That was how I started a recent talk to the annual scientific sessions of the College of Community Physicians Sri Lanka, held in Colombo in late September.

I don’t believe in ghosts and spirits, but I’m interested in how such notions shape people’s behaviour. As literacy and education levels rise, I notice how old demons are being replaced by new, more potent ones.

With modernisation, fewer Lankans uncritically accept Maha Sona, Mohinee and Riri Yaka that dominated the psychological landscape for generations. In their place, a new set of modern-day demons have emerged.

These ‘demons’ come in many shapes and forms. They include various half truths, misconceptions, fallacies, myths and conspiracy theories. Playing on an insular and insecure national psyche, these elements seem to have multiplied in the past decade.

Health scares are the most persistent among them – hence my plea to community medicine specialists and others involved in public health to take serious note of this societal malady.

Modern science – and its application as new technologies – have inspired a majority of them. Consider the many popular phobias on all things chemical, nuclear and genetic. And even the remotest (perceived) threat to human fertility stirs up a reaction of horror. In short, we love to demonise modern technology even as we enjoy all its conveniences.

More often than not, the new ‘demons’ come dressed in the clothes of pseudoscience. That is, claims are projected as seemingly ‘technical’ or backed by some alleged ‘scientific dissent’. But upon probing, most turn out to have no evidence or reasoning. They spread more like religious dogmas (i.e. critical questioning not allowed), and lack the rigour and self-correction processes inherent in real science.

As I said in an earlier column, individuals are free to believe in dogmas or fantasies of their choice. There still is a Flat Earth Society that promotes the idea that the Earth is flat and not an oblate spheroid (never mind all the visual evidence!). Some even believe in fairies.

There is nothing wrong with escapist entertainment either: we gladly and willingly suspend disbelief to enjoy novels, films and other imagined stories. But we shouldn’t confuse fiction with fact. When myths and half-truths affect collective thinking and group behaviour, some clarifying becomes necessary.

Speaking to the doctors, I suggested a ‘quick and dirty’ sorting of new demons for further investigation by sociologists and anthropologists. Understanding how and where these originate is a useful first step in dealing with them. 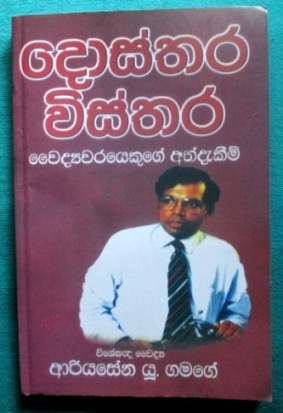 The first category of myths comprises various personal beliefs and habits that don’t harm either believers or society. Some maybe based on outdated information or fallacies. Usually there are no public health implications.

Dr Ariyasena U Gamage, a specialist in community medicine, has written with empathy and understanding about traditional charms and blessings widely practised in rural Sri Lanka. In his 2002 book Dosthara Wisthara (Doctor’s Tails), which chronicles his experiences while serving in state hospitals for a quarter century, he  notes how a majority of patients turn up wearing pieces of thread (epa nool) around their wrists or necks. These symbolize offerings to assorted deities and demons for restoring good health. Often, an elaborate ritual (thovil) would be performed.

Dr Gamage recalls how some fellow doctors resented this, as the kattadiya (black magician) would get all the credit for eventual healing. In one instance, an exasperated senior doctor had gone around with a pair of scissors cutting off all epa nools on his patients.

After a while, however, the healer had realised how such pieces of thread provided helpful reassurance to the patient and family. Such practices were harmless – as long as clinical treatment wasn’t prevented.

But what if they delay diagnosis and treatment? When a simple belief becomes an entrenched dogma – such as denouncing medication of any kind, western or other – it becomes problematic.

Such instances fall into my second category of myths. When repeated without questioning, these can indeed harm a believer in certain situations. An example: a cancer patient who declines treatment and seeks cure from religious ritual alone.

The third kind of health myths can harm both believers and society. These can cause public fear, undermine public health efforts, and even hold up policy responses. For example, someone refusing to take antibiotics or vaccination (due to a personal belief) can unwittingly aggravate an epidemic.

Often, myths of this last kind originate as deliberate fabrications by mischievous elements or extremists. Immunization and vaccines, life-saving products of medical science, have been particular targets.

India’s attempts to rid itself of the polio virus were frustrated for years by some groups not being covered on the basis of religious beliefs, social class or caste system. Persistence by the country’s public health officials finally paid off. India has not had any case of wild poliovirus nor detected the virus in sewage sampling since January 2011. Last year, the World Health Organisation (WHO) removed it from the list of polio-endemic countries.

Only Pakistan, Nigeria and Afghanistan remain on this list today. In all, tribalism, extremism and myths have combined to create public suspicions against anti-polio campaigns. In Pakistan, public health workers have been the target of deadly attacks.

An alarming number of Pakistanis believe vaccination efforts by their government to be ‘a ruse by the Americans to sterilize muslims’. This paranoia is especially high in the country’s northwest and border regions – one of the last bastions of wild poliovirus.

Speculations of an international ‘infertility plot’ is also the main reason why nearly a third of Pakistani households avoid using iodized salt – despite half the population suffering from iodine deficiencies. This risks goiters, mental retardation, birth defects and other developmental problems. But mass irrationality is hard to shake off once it sets in.

Pakistan is perhaps an extreme example. But many Lankans share their insularity and suspicion of all things foreign and modern. This is why studying and tackling public perceptions – even those which are completely irrational – is vital for ensuring public health and wellness.

Myths, especially of the third kind, need to be systematically debunked. Medical and other scientific professionals shouldn’t dismiss them lightly. Perceptions and beliefs influence individual and group behaviour. Literacy and education are not, by themselves, sufficient safeguards.

Compared to Pakistan’s, our own health scares may be less deadly – yet fears can spread and gain momentum surprisingly fast. Some among us place the humble mobile phone in the same league as nuclear energy, genetically modified organisms (GMO) and hazardous pesticides. They fear both the instrument and signal transmission towers.

To be sure, WHO encourages further research on radiofrequency fields emitted by mobile phones, to identify any long term health impacts. For now, traffic accidents caused by mobile phone use — either handheld or with a “hands-free” kit – while driving is a proven hazard. See: http://www.who.int/features/qa/30/en/

In the end, we need to understand the cultural and societal context in which pseudoscience and superstition thrive. Some roots are local while others are globalized thanks to the web’s proliferation. The creators of X Files made a fortune tapping into this global subculture.

American astronomer and science populariser Carl Sagan (1934-96) was at the forefront in taking on pseudoscience – which ranges from secret alien visitations and lost continents to psychic healing and mutant ‘superhumans’ (or zombies) walking among us.

A healthy dose of scepticism can keep most demons at bay, he argued, while some deep rooted ones require more systematic investigation by science. His 1995 book, The Demon-Haunted World: Science as a Candle in the Dark, remains one of the finest survival guides to life in our complex world.

As Sagan used to say, “Our species needs, and deserves, a citizenry with minds wide awake and a basic understanding of how the world works.”

2 Responses to When Worlds Collide #86: Haunted by Twenty-first Century Demons?