Posted on 15 September 2013 by Nalaka Gunawardene

Beyond urban infrastructure and administrative designations, what turns an urban area into a city proper? Is it bohemian lifestyle, bustling nightlife, a certain defiance of authority, secularism or something else? How are these qualities nurtured, and by whom – the elite, merchant class, artistes or intellectuals?

I posed these harmless questions in a column last April, arguing: “A city, at its most basic, is a collective state of mind. And by that philosophical definition, we cannot find a single city in today’s Sri Lanka!”

I also asked: what made Anuradhapura a great (and proper) city of the ancient world? And how come subsequent seats of government all failed to match that high standard?

I received some predictable reactions. What’s wrong with villages, I was asked. (Nothing — except being predominantly rural doesn’t go well with our new-found middle income status, or official aspirations of becoming a regional hub.) Some said I was ‘very ungrateful’ for all the city beautification (concrete and asphalt do not make a city, which was my whole point!).

Actually, these comments proved my contention about our pseudo-cities being full of feudal-minded, transplanted villagers who are intolerant of open discussion.

If proper cities don’t yet exist, can we imagine them? The spirit and aspirations of any city are best captured by local writers, dramatists and filmmakers than by town planners or engineers. So far, do we have sufficient expression and exploration of city life in our fiction?

I was curious how many noteworthy fiction writers in Sinhala or Tamil languages have used city life centrally in their work. Do they show sufficient understanding of urban sensibilities?

This is worth discussing as the Colombo International Book Fair opens this weekend.

American author Eudora Alice Welty said, “The truth is, fiction depends for its life on place. Location is the crossroads of circumstance, the proving ground of ‘What happened? Who’s here? Who’s coming?’ — and that is the heart’s field.”

Fiction writers often place their stories and draw their characters from locations they are familiar with. Sometimes cities themselves become de facto characters.

“I think Colombo is a very evocative city…it conjures up all sorts of different ideas,” Lankan-born British author Romesh Gunesekera once told the BBC. “Obviously there isn’t 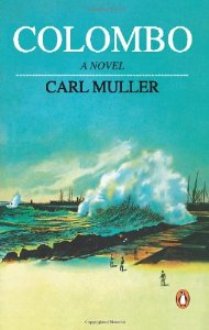 a single Colombo, just as there isn’t a single any city in the world. But it is a place that travellers have come to and gone from for centuries…”

Gunasekera felt that its history gives Colombo “a sense of unexpected depths to it, and different levels at which it seems to operate — including the level of the imagination.”

Lankan writers resident on the island have a different sense of the place than do diaspora writers. Among them, those writing in English have explored city life in its myriad nuances, and with varying degrees of success. Carl Muller even wrote a whole novel called Colombo, which touched on the city’s history, politics, marginal lives and its underworld.

But what about creative writers in Sinhala and Tamil, who command more eyeballs (at least within the island)? How much do they capture city life, and in what light? Are they at ease with our growing urban realities?

I posed this query to two literary friends, well informed respectively about Sinhala and Tamil fiction writing in Sri Lanka.

“This is indeed a problem in the field of fiction in Sinhala. I cannot recall anything decidedly set in the city depicting urban middle class life,” says Dr Liyanage Amarakeerthi, a senior lecturer in Sinhala at Peradeniya University and himself an award winning creative writer in the language.

He attributes this to most of our writers coming from villages – so do most of their readers. “When writing, authors often think of a reader with a rural background.”

Sinhala writers who hailed from villages kept on writing about the village — theirs, romanticized, or fictionalised – long after relocating to the city. I call it the eternal ‘rural romance’.

The doyen of Sinhala literature, Martin Wickramasinghe (1890–1976) lived in Mt Lavinia and Nawala for decades, but his gaze was firmly fixed on the village. The traditional Lankan village he described and eulogised a century ago no longer exists. His native Koggala was practically razed to the ground to make an airstrip for the Royal Air Force during the Second World War. (His ancestral house survived only because a lady officer fell in love with it and prevented its demolition.)

W A Silva (1890-1957), sometimes called Lanka’s Rider Haggard, lived in Wellawatte and Pamankada areas of Colombo. Yet his novels were set mostly in historical times, rural villages or imaginary exotic lands. However, some of his short stories were set in the city. He was evidently at ease in upper middle class circles.

Probably because he grew up closer to Colombo (Kannimahara, in Gampaha district) writer K Jayatillake (1926–2011) was more adept at empathetically exploring the social dynamics of cities and towns.

Class factors also play a role – both for writers and readers – in finding their mind place in cities. Exactly how awaits some dispassionate academic study. City-bashers need not apply.

Over the years, some literary attempts have been made to capture Colombo city’s significant underbelly. For example, Kulasena Fonseka’s Palama Yata on life under the Kelani bridge – the best known among his several urban novels. It was adapted as a movie in 1991.

Although he was born and raised in a very rural area, writer Simon Nawagattegama (1940-2005) – bohemian in character and socialist in outlook — connected well with the urban poor. For a while, he worked on uplifting city slum dwellers. However, his best known stories all have village or surreal backdrops.

I wonder: is there any notable fiction by a Lankan writer born and raised in a city slum? When might we see something like Cidade de Deus (City of God), the semi-autobiographical novel by Paulo Lins about life in a favela in Rio de Janeiro? Critics consider that 1997 novel one of the finest works of contemporary Brazilian literature. The 2002 movie it inspired earned four Oscar nominations.

The Lankan literary landscape is urbanising, albeit far more slowly than society itself. Dr Amarakeerthi has noted some recent developments.

“Two works of fiction with some literary merit have come up. One is Anurasiri Hettige’s Kaluwarai Purahanda, set entirely in a slum area in Colombo. Sunethra Rajakarunanayake‘s Subodhalankara is another one which focuses on inner landscapes of a few characters from Colombo’s business world,” he says.

However, the latter story regularly returns to memories of the village and the main characters are not really from Colombo but recent migrants.

How do Lankan writers in Tamil capture urban realities? Senior journalist and literary critic K S Sivakumaran replied:  “I am afraid I have not noted anything significant (in this respect) as far as Lankan Thamil writing is concerned.”

Of course, Colombo isn’t the only show on offer. The island has 23 municipal councils and 41 urban councils – the two local government units officially considered ‘urban’ areas. Urban realities are unfolding in many other parts of the island, even if these aren’t yet fully acknowledged by the babudom or many of our creative writers.

Which of these can become 21st century Sri Lanka’s first real city?

For a long time, Jaffna was the island’s leading ‘counter-city’, with its own distinctive cultural, educational and political momentum. Thirty years of war has diminished – but not destroyed – that individuality. When 90% of media content is processed from Greater Colombo, it’s the only other Lankan city that publishes several of its own, home-grown newspapers.

Let’s hope the indomitable spirit of Jaffna would soar again…and give half-hearted urbanites of Colombo some competition in evolving to a real city!