When Worlds Collide #11: The Titanic’s Lessons to Remember

Posted on 14 April 2012 by Nalaka Gunawardene

Several worlds collided on that night of 14/15 April 1912, with results that shook and horrified the world. Its reverberations are felt even today, a century later, and its lessons are still valid.

When the floating city disappeared in the open seas off Newfoundland, Canada, humanity’s technological grandiosity was literally reduced to debris. The Titanic disaster has been attributed to many factors, among them overconfidence of its designers, builders and operators.

For example, J Bruce Ismay, director of the White Star Line that owned the passenger liner, had argued that carrying the full complement of lifeboats was unnecessary: after all, the ship was ‘unsinkable’!

Besides, it was fitted with the latest wireless (radio) communication technology. In the (unlikely?) event of an accident, this facility could be used to send out distress messages to other nearby ships.

Things didn’t work that way, but radio still made a big difference as recognised during official inquiries into the disaster. A good account, written by radio enthusiast Allan Brett, is found online at: http://jproc.ca/radiostor/titanic.html

For context, we must imagine the world of 1912. ‘Wireless’ long distance communications — using radio signals — was still new. Its inventor, Guglielmo Marconi, had carried out the first trans-Atlantic radio transmissions only a decade earlier.

The shipping industry was among the first realise the new invention’s potential — Marconi’s company soon cornered much of that lucrative market. The Titanic was fitted with a 5 kiloWatt Marconi installation (as radio facilities were then called), and two operators were assigned the task: Jack Phillips, 24, and Harold Bride, 22. Between them, they had to maintain a 24-hour radio watch.

According to Allan Brett, Marconi operators were young men under 25 who, by today’s standards, were overworked and underpaid. The Titanic’s operators also had to handle (often frivolous) personal messages of its wealthy passengers. Thus they failed to alert the bridge about large icebergs in the vicinity reported by their counterparts on other ships.

Even after the Titanic hit a large iceberg at 11.40 pm on 14 April, the full extent of damage was not immediately grasped. It was the ship’s designer Thomas Andrews who first realised his ship was doomed. Five watertight compartments had been breached — one too many to remain afloat. He calculated that the ship had two hours left…

Just past midnight, Captain E J Smith came into the radio room and told the operators, ‘You had better get assistance’. Phillips and Bride immediately started messaging for help.

Using the standard Morse Code, Phillips initially sent out the distress call “CQD”, followed by the Titanic call sign, “MGY”. After a while, Bride suggested, half-jokingly, “Send SOS — it’s the new call, and this may be your last chance to use it!”

SOS had been adopted internationally in 1908 as the new distress call, but was not yet widely used by British operators. Phillips then interspersed SOS with CQD.

As things turned out, responses to their distress call came too late: of the total 2,224 passengers and crew, 1,514 perished.

Several factors turned the accident into a full scale disaster. Most ironically, the Marconi operator on the Californian – which was only a few miles away — had shut down for the day just 30 minutes before the Titanic started asking for help.

Official inquiries in Britain and the US established that had the Californian been listening, or paid attention to signal flares fired by the Titanic, it could indeed have responded in time. Instead, it was completely unaware of the tragedy unfolding practically on its horizon. 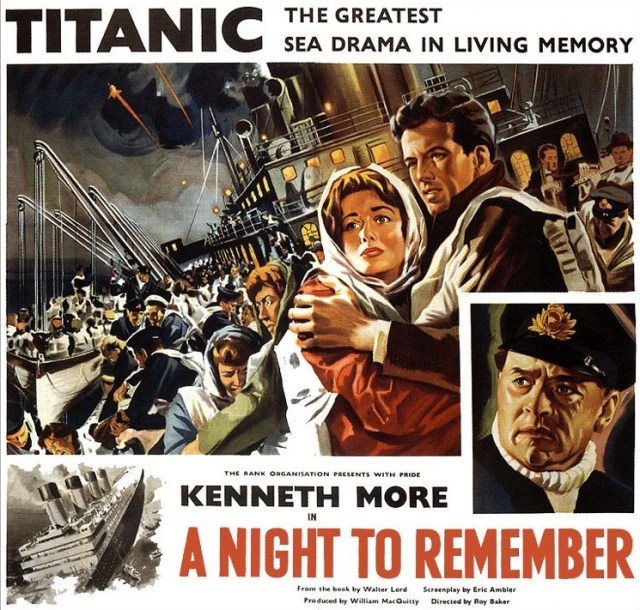 This is powerfully portrayed in ‘A Night to RememberA’, the 1958 British feature film recounting the final night of the RMS Titanic. It is still widely regarded as the most accurate of all Titanic movies made before or since.

It shows how Phillips and Bride stayed at their station even after they were relieved by the Captain. They transmitted until the ship’s power failed. In those two tension-filled hours, they were in touch with several other ships and stations including the Titanic’s sister ship, the Olympic.

When they finally came on to the deck, all the lifeboats had long been launched. Ten minutes later, at 2.20 am on 15 April, the Titanic broke up and sank bow-first — with over a thousand people still on board. Those in the icy cold water froze to death within minutes. Yet some lifeboats were not even filled to capacity.

Philips died in the ensuing chaos. Bride persisted and was among the 710 rescued by RMS Carpathia that arrived on the scene around 4 am.

Amazingly, despite his frostbitten feet and injured ankles, Bride teamed up with the Carpathia’s Marconi operator Harold Cottam to inform an anxious world about what had happened and who’d survived.

There were many heroes that fateful night — among them the indefatigable Marconi operators on the Titanic and Carpathia.

It was also the night radio came of age. As Britain’s postmaster-general summed up later, “Those who have been saved, have been saved through one man: Mr Marconi — and his marvellous invention.”

The Titanic disaster prompted the shipping community to introduce a 24-hour radio watch on all ships at sea. It consolidated the role of maritime radio in distress signalling and rescue operations. Today’s ships use satellite-based communications and no place on the planet – land or sea – is now beyond reach.

But as Sir Arthur C Clarke, originator of communication satellites, often reminded us, human systems can never be entirely foolproof. 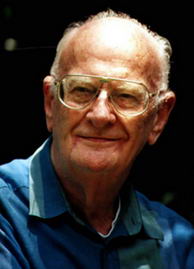 Writing the foreword to Communicating Disasters: An Asia Pacific Resource Book that I co-edited in 2007 (see: http://tiny.cc/DisCom), he pointed out how, a century after the invention of radio, the Indian Ocean Tsunami of December 2004 arrived without any public warning.

Its massive death toll could have been drastically reduced if its occurrence – confirmed by geologists — was communicated quickly and effectively to millions of coastal dwellers on its predictable path. Even a half hour’s notice would have allowed people to run to safety. But that didn’t happen – and tens of thousands perished.

As Sir Arthur, who had a life-long fascination with the mighty ship that sank five years before his birth, cautioned: “The lessons of history are clear: if we are not careful, we can easily lull ourselves into the same kind of false confidence that doomed the Titanic.”

A science writer by training, I've worked as a journalist and communication specialist across Asia for 25+ years. During this time, I have variously been a news reporter, feature writer, radio presenter, TV quizmaster, documentary film producer, foreign correspondent and journalist trainer. I continue to juggle some of these roles, while also blogging and tweeting and column writing. There's NOTHING OFFICIAL about this blog. In fact, there's NOTHING OFFICIAL about me! I've always stayed well clear of ALL centres of power and authority.
View all posts by Nalaka Gunawardene →
This entry was posted in Disaster, History, Media, Movies and tagged A Night to Remember, Allan Brett, Arthur C Clarke, Bruce Ismay, Captain E J Smith, CQD, Guglielmo Marconi, Harold Bride, Indian Ocean Tsunami of December 2004, Jack Phillips, Morse Code, Newfoundland, RMS Titanic, SOS, Walter Lord, William MacQuitty. Bookmark the permalink.

1 Response to When Worlds Collide #11: The Titanic’s Lessons to Remember